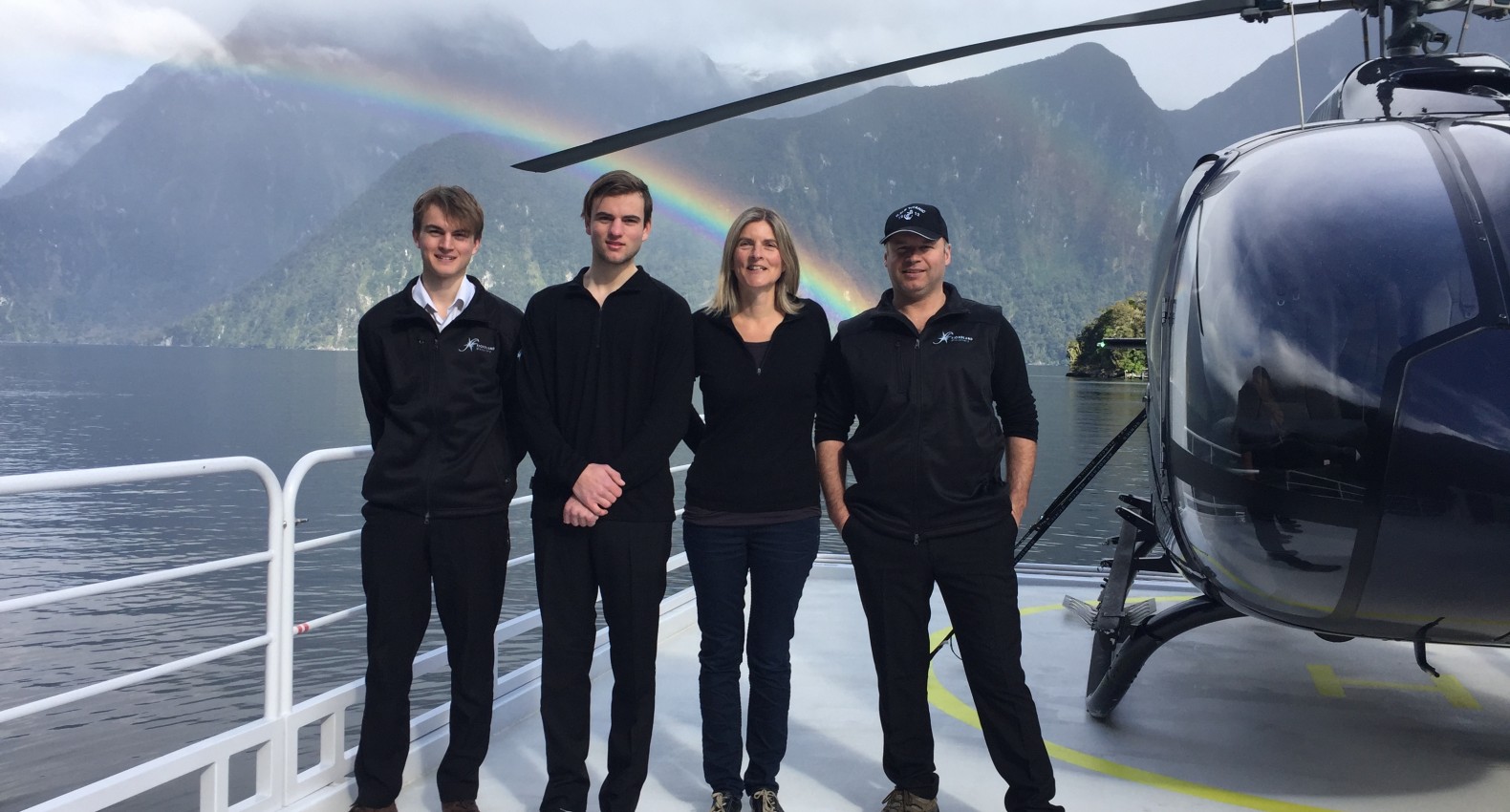 Rob is one of Fiordland’s most experienced skippers and Fiordland is in his blood. Rob’s father John “Swaley” Swale was a commercial crayfisherman and Rob grew up surrounded by the sea and Fiordland, spending much of his childhood on his father’s boat Voska.

Rob met Kate his wife in Queenstown over 30 years ago when she first arrived on her OE from England. Before having children, Kate even worked a stint as Rob’s deckhand in Doubtful Sound until they eventually settled in Queenstown.

When his father retired, Rob took over operations, leased a crayfish quota and went on to commission the first-ever commercial fishing boat built in Queenstown. In 2003 he upgraded to his first Jewel as a commercial fishing boat with a quota for blue cod. Over the years the demand for fishing charters increased and Rob also operated charters for diving and hunting.

Rob noticed that people wanted more comfort while spending time in Milford Sound and Fiordland, so he tailored his charter trips accordingly – which ultimately led to establishing Fiordland Discovery.

He loves sharing Fiordland, Milford Sound and Stewart Island with guests and his knowledge of the area is immense. Throughout his years as a commercial fisherman, Rob has extensively mapped the seafloor of Fiordland with state-of-the-art 3D Waasp technology.

The couple’s passion has been passed on to their children, with sons Jack and Joe working on board as crew and completing their skippers' certificates, while daughter Luca loves spending time on board whenever the opportunity arises.

These days, Rob is an advocate for sustainable fishing practices and believes in catching enough fish to eat, rather than taking as much as a quota will allow. He actively encourages fishing charter companies to do the same, to help preserve and maintain Fiordland’s precious marine wildlife.